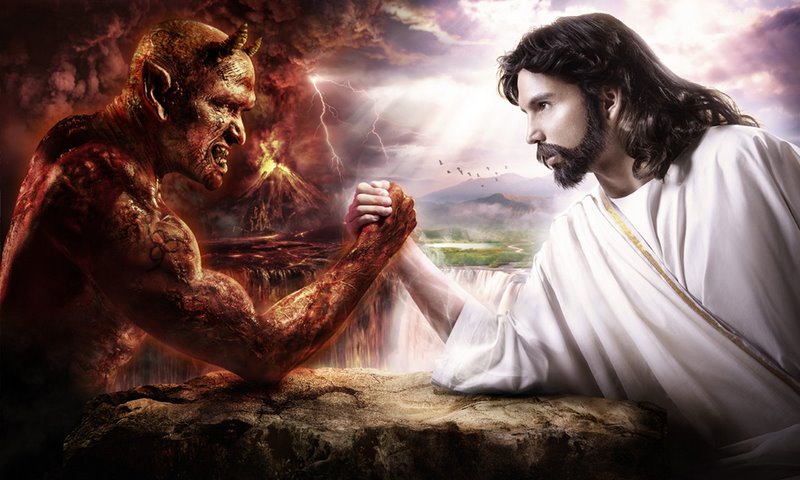 God and evil as a topic has probably received more attention than anything out there.  I don’t plan to take on this topic in the intense detail needed.  I only want to make a few comments that I think get overlooked when discussing the issues surrounding the Christian God and evil.  In essence, there is evil in the world because of free will and that’s why people do bad things and why bad things happen.  God allows these bad things because of free will and the need of free will for a robust sense of love.  Don’t know why God stops some evils and permits others, I would have to be God to know why God chooses to do what he does.  In the large sense maybe somehow, it has to do with how God is working out his will but I really don’t know, that sometimes feels like a copout answer.  All we can say for sure is that bad stuff happens because of free will and that we can trust that God will work everything for good of those who love him.

Next, I want to consider the idea of natural evil.  This is the idea of calling tsunamis and hurricanes and tornadoes and earthquakes evils.  But I must ask, why are those evil?  How are those evil?  Are they evil because they cause destruction?  Or because they cause destruction to humans?  These sorts of natural phenomenon have tremendous power to cause destruction to habitats of animals and organisms, but they also create habitats and might I add stunningly beautiful landscapes and natural sites as well.  It seems clear that the reason we call natural evils evil because of the effect they have on humans.  Here again we should ask the question, is evil really the correct concept for death and destruction caused by natural disasters?  It is undoubtedly a tragedy, and horribly sad and sorrowful, but I’m not sure if evil is the correct word.  Death itself I think can be considered an evil, but that doesn’t mean that anything that leads to, or cause death, should be considered evil.  Also, without getting emotional at all, maybe people need to move away from these areas that are known to have destruction from natural causes.  It seems inconsistent to think these things that happen are evils when they are just by products of how the natural world works, when the way the world works brings so much beauty we want to keep.  Well, if we want to keep the beauty it brings, maybe we need to accept the sort of destruction it can bring us if we live in those high-risk areas.

In regards to the objection to Christianity because of the atrocities that have come from it and the subsequent proposal of atheism, I think there are some things important to recognize.  I think it’s critical to understand that Christianity holds as it’s basis that humans are wicked so it shouldn’t surprise us too much that we do horrible things, even if they claim to be Christians.  Those committing the atrocities aren’t acting by Christian virtues.  These atrocities have occurred over a vast time span of history.  In comparison, after 19th century philosophy murdered God, the 20th century followed to be the bloodiest century in history.  Much of the blood coming from Hitler, Stalin, Mao Zedong, Lennon, who killed millions outside the confounds of war and were operating on an atheistic worldview.  One century of secular thought and reason amounted to many unheard and unseen atrocities in form and number.  It’s interesting that in a significantly smaller amount of time, secular rules brought radically eviler and death than the entire history of Christianity’s downfalls.  This isn’t to pardon Christianity from its killing and violence and bloodlust but to put things in perspective.  It also isn’t to be an argument that secularism or atheism makes people bad or immoral.  This is just to recognize that people are bad, regardless of creed they claim.  As such, we shouldn’t let the immorality of Nazis exemplify atheism and serve as a denial of atheism.  In the same way we shouldn’t let the so called ‘Holy Wars’ or even American slavery to serve as an immediate an uncontestable disregard of Christianity.