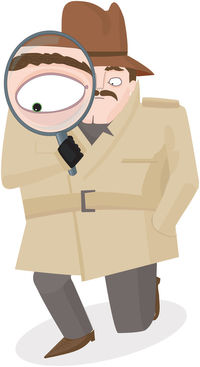 As a Christian, there are lots of things I struggle with to make sense of on my journey of following Christ.  One thing that has pestered me throughout my years is how someone becomes a Christian.  Now there is a lot to consider on this topic and I certainly am not qualified to answer any of the real tough questions that come along with it, but I would like to take the time and share some thoughts on at least a small portion of that question. During Jesus’s sermon on the mount he says this in Matthew 7: 6-8, “6Do not give dogs what is holy; do not throw your pearls before swine. If you do, they may trample them under their feet, and then turn and tear you to pieces. 7Ask and it will be given to you; seek and you will find; knock and the door will be opened to you. 8For everyone who asks receives; the one who seeks finds; and to the one who knocks, the door will be opened.”  These verses are used regularly to bring comfort, reassurance, and confidence in our ability to meet and encounter God.  I think a very honest and real question that needs to be asked though is, is this actually true?

Does any and everyone who seeks out God find Him? The Christian answer is obviously, yes.  But what do we do when the experiences of others around us don’t match up?  Sure, we sought out God and found Him, so then it must be true for everyone else, right?  I think the answer is yes but we need to be careful on how we talk about this.  I’ve encountered multiple stories and people who have expressed genuine interest and searching for God and came up empty.  They were at their lowest and cried to the heavens but only heard silence as a response.  They needed guidance for making a difficult decision but God stayed mute.  They heard of all the joys of this Jesus Christ, but when they went to the gates of eternity, all they found was a vacant wasteland.  Some have been unbearably alone and just wanted to know someone cared and was truly always there with them, but God seemed to be uninterested and too busy to spend His time with them.  How can this be?  How can so many people feel as though they have sincerely searched the universe far and wide for the Lord, but only to find he wasn’t and hasn’t ever been there?  Why is it that some, like myself, find and see God so easily, while to others He’s practically invisible and it takes all their might to find Him?  Why is it that some of us find Him at all, while others don’t get that privilege?  After extensive thought and prayer, I believe I have some answers.  Now, this list is in no way exhaustive of all the reasons why, and doesn’t necessarily apply to every situation.  However, I do think they are legitimate hindrances to people’s ability to encounter God though.  I also want to add that these reasons are fairly just mere intellectual answers to why people aren’t finding God, so if you know of anyone who is struggling with that, I don’t suggest just throwing these reasons at them thinking that will solve the issue.  If someone is truly on that journey, it most likely will be an emotional and frustrating experience that needs to be cared to tenderly and with empathy.  At the end of the day it is the Lord who changes people’s hearts and it’s only through an encounter with God Himself, that will urge people to trust and follow Him.  He can obviously reveal himself to people in different ways, so it won’t be the same for everyone.  If a meeting with God is the only thing that brings people to Him, then it’s imperative that we understand how Matthew 7: 6-8 can be true and how we can help those who are beginning that life altering process.

The first and most obvious reason I think people don’t find God is honestly very simple and blunt, but I don’t think that takes away from the truth of it.  The reason is simply they aren’t trying hard enough to find God.  They give up too soon.  They don’t actually put in the work to find Him, but rather just say they want to find Him but rarely go look.  Along with this, I think a lot of times people don’t actually expect to find God.  They are seeking for Him just to say they tried but aren’t expecting to find anything.  Now for a bit more sophistication and nuance, I think much too often people aren’t actually seeking for God Himself, but more so just what He can do for them.  They want to find God so he can perform a miracle for them.  They don’t want Him, they want His miracles.  They don’t want God, but the peace He brings.  They don’t want Him in his entirety, but rather the joy that he supplies.  They don’t want the one who forgives, but rather just to feel forgiven.  They could care less about actually having God, but just want some need satisfied.  So, they aren’t actually searching for God and who He is and all that comes with Him, but they really are just seeking to have problems fixed.  I think the most common and confused way people search for God is they want to find Him on their own terms.  They don’t want to have to do anything uncomfortable to find Him.  They want God to essentially beam down a light and speak in an audible voice telling them that He’s here.  They want to pray a couple times a month and listen once a month and have God answer them right then and there.  They want Him to give them signs that they designate for Him to perform.  They aren’t willing to go to church every week.  They aren’t willing to seek counsel from those around them who seem to be in constant communication with God.  They don’t want to submit to His lordship.  They don’t want to have to do anything they are unfamiliar with in order to meet Jesus.  Now, I think a totally fair and reasonable response to this is to say, “Yeah, all this may be true in some way, but who cares?  Isn’t God supposed to be like all loving and the epitome of grace?  Shouldn’t God just reveal Himself despite our deficiencies in searching for Him?”  I think that is a totally fair question.  I would say no, God doesn’t have to reveal Himself to us despite our deficiencies in searching for Him.  I actually believe He isn’t obligated to reveal Himself to anyone.  We don’t deserve Him and He is under no obligation to reveal Himself to us.  We are in no position to make things obligatory for God.  He can and will do whatever He so pleases.  Now, the fact that He is so loving and graceful is why he reveals Himself to us.  It’s why he even reveals Himself to some of those who have these glaring mistakes when searching for God.  He is God and can reveal Himself to anyone at any time, for whatever reason He decides.  Just because He does decide to reveal Himself to some though, doesn’t mean He has to do it for all, and doesn’t mean we have the power to say He has to.  I think a reason why God withholds Himself from some who come seeking for Him with the underlying motives as those mentioned previously, is because of verse six.  Someone who is looking for God in those sorts of ways or with that sort of heart, doesn’t understand the kind of treasure God is.  They don’t understand his value and worth.  They don’t understand God is more valuable than diamonds and more precious than pearls.  If He were to give Himself to someone in that sort of heart condition they probably will just totally miss Him.  They wouldn’t get the fullness of God’s being.  They wouldn’t realize what it means to meet God, the creator of the universe, and what it means to have a living breathing relationship with Him who knows the deepest mysteries of the world and the human heart.  So, as a result, they will miss treat Him.  They will misuse and abuse Him, His word, His Son, and His Spirit.  They will trample on His reputation and His name.  They will misrepresent His family.  If He gives His pearls to those who don’t really want all of Him and the true Him, they will stomp on the valuable things He has given them and they will turn and attack His legacy and His name.  As I said earlier, sometimes God runs the risk of this happening and gives Himself to those who are not with the right heart, and sometimes he takes the beating and battering that inevitably ensues.  And sometimes, He doesn’t.  It’s important to understand though that every time He does give Himself, He is being graceful.  And every time he doesn’t give Himself, He is just in not doing so.  God is the most valuable thing in existence, and if He would be easily found we would take Him for granted.  If people could find diamonds or gold as easily as they found rocks, they would no longer hold the same sort of value they currently have now.  Likewise, if God could be found and reached in such a facile way in any and all moments, we would lose value or need for Him since we could just have Him at any moment without effort.  God wants everyone to be with Him and live with Him, but He seems to only give Himself to those who desperately and deeply desire Him in return.

Finding God can be such an incredibly difficult task to take up.  The unfortunate thing is that every time, the trouble stems directly from ourselves.  When someone embarks on the wondrous adventure to discover God but comes back in despair and unsatisfied, it can be from any one or any combination of the reasons I’ve stated.  It can also be from any other sort of reason I haven’t said since that list isn’t exhaustive.  God is earnestly calling all to His kingdom and our job as those apart of His kingdom is to show the way to those who are lost in the wilderness and seeking His throne.  We so often are our own worst enemy and get in our own way when doing anything important.  We want to look for Him on the maps we’ve made ourselves but he’s nowhere to be found on those, while the whole time God and his people are telling us there’s a different map needed to find Him but we don’t want to trust Him.  It’s like searching for treasure but there’s no “X” anywhere to be found on the map.  Or even more accurate in the world we live in, the treasure map is filled with hundreds of “X’s” and each time we dig up the treasure there, we find out the chest is barren.